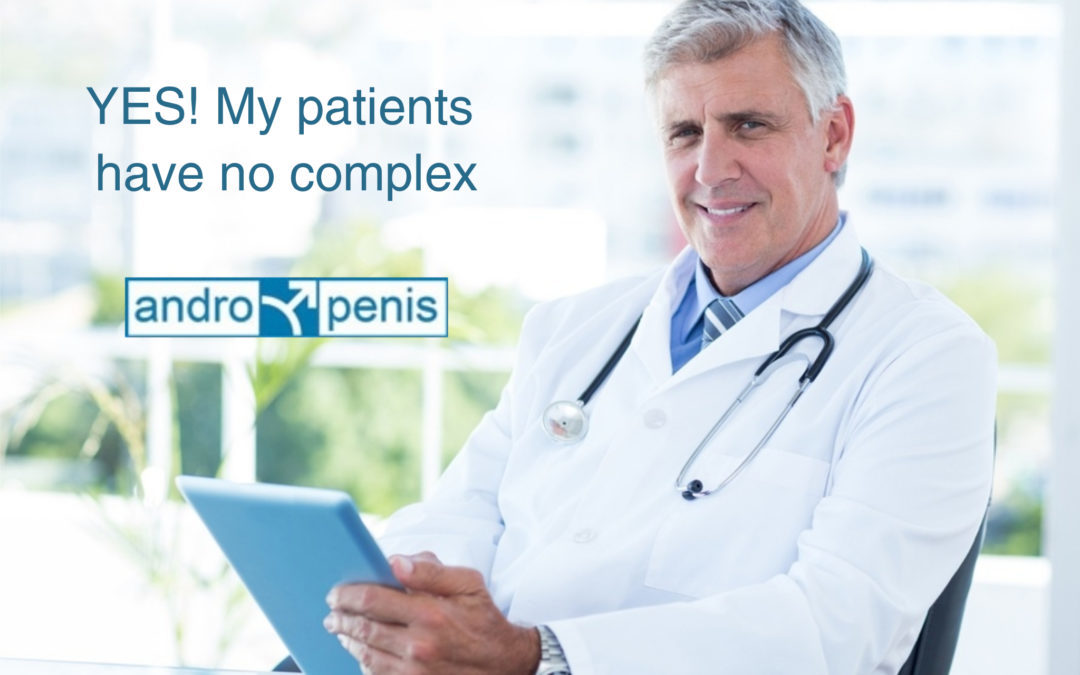 Definition of dysmorphia. Synonym: aesthetic hypochondria, dermatological hypochondria, obsession with body shame. Sigmund Freud described it in the Man of the Wolves, who was concerned about the nose. In it the patient manifests an excessive concern for a real (with matter) or imaginary (without matter) defect. This part of the body is lived by the subject as deformed, unattractive. Normally the body part is usually the hair, the breasts, the genitals, the nose. Several parts may be affected successively or simultaneously. The patient can undergo multiple surgical interventions to correct this defect, including extreme measures such as self-surgery. This belief may have the delirious character as part of a somatic delirious disorder or the overvalued idea character as part of a body dysmorphic disorder according to DSM-IV-TR or a hypochondriac disorder according to ICD-10.

At some point in our lives we have all been complexed by some physical defect or overwhelmed by some part of our body that we do not appreciate. But… what happens when a small complex becomes pure obsession? Dysmorphia is the name of what is known as body dysmorphic disorder, which is framed within somatoform disorders. Literally, it is the exaggerated phobia or rejection of a part of one’s own body.

Desiring a perfect image does not mean having a psychological disorder, but when concern for the body and dissatisfaction with it do not conform to reality, occupy the mind intensely and frequently in the form of overvalued ideas and generate discomfort, negatively interfering in daily life, then they can become a clinical problem.

Thus, it is not strange that for some time the study of body dysmorphic disorder or dysmorphic phobia has begun, although the term was already defined in 1886 by Morselli and cited in various texts throughout the first years of the twentieth century (Berrios and Kan, 1996). In fact, there have always been people more or less “complexed” by acne, glasses, deformed teeth, protruding ears, short stature, baldness, a big nose, etc. All of these concerns are, to some extent, normal and in adolescence emerge with all the force. But there is a group of people in whom these concerns about the “defects” of the body and physical appearance, far from diminishing over time, increase or are maintained, producing great discomfort and preventing a normal life. It is then when one can properly speak of body dysmorphic disorder. In any case, dysmorphia, understood as a concern for body image, can be a symptom present in different clinical pictures, such as schizophrenia, anorexia nervosa, obesity, bulimia, social phobia, obsessive-compulsive disorder, depression, etc. (Birtchnell, 1988; Neziroglu and Yaryura-Tobias, 1997), but it can also be a disorder in itself. This last condition is referred to in this article.

Penis Dysmorphia or Penile Dysmorphic Disorder: What exactly is it?
We are talking about a problem of distortion of the body image, therefore, the symptoms are related to the obsession towards a concrete part of the physical aspect of the subject. The person who suffers it, feels a constant and excessive concern some physical defect, either real or imagined. If such a physical defect exists in reality, the levels of anxiety experienced are exorbitant, as they perceive it in an exaggerated way, and may have significant emotional problems or social isolation. It is important to point out that we are not referring to a problem of self-image related to eating disorders (as in anorexia) or sexual identity (which courses with rejection towards one’s own body, specifically the genitals).

CONCEPT AND CHARACTERISTICS OF THE DISORDER
Body dysmorphic disorder can be defined, according to DSM-IV (American Psychiatric Association, 1994), as an excessive concern for “a nonexistent or minor “body defect” (Table 1). This preoccupation is exaggerated, produces discomfort and seriously interferes in the daily life of the subject, making interpersonal relations difficult.

People with this disorder, who stubbornly adhere to an appreciation not shared by most people, are afraid that others will notice the alleged physical defect, show feelings of guilt and shame, worry repeatedly, overvalued or delusional, avoid social situations and body exposure, have rituals, and repeatedly seek medical and cosmetic treatment. Among the most common concerns are men’s concerns about penis size.

As in other clinical pictures, symptoms are presented in three levels of response, which are especially highlighted when the patient is faced with situations in which the “defect” can be visualized or commented (Rosen, 1995) (Table 3). Avoidance behaviors can refer to avoiding social situations, but also shying away from your own penis image in the mirror or refusing to change clothes in front of others (in a gym, for example). This avoidance can be total, when the patient is locked in the house, or partial, when he adopts camouflage behaviors (certain wide clothes, avoid tight pants, place a sweater covering the genitals …) in the presence of other people.

In this context, testing rituals may also arise, such as repeated examination of the body in front of the mirror, checking that no one can visually notice the volume of the genitals and reassurance behaviour, such as repeated requests for reassuring information or constant comparison with others. The aim of all this is to control the concern caused by the possible visibility of the defect.

Other behavioral consequences of the disorder are the beginning of cosmetic, surgical, dermatological treatments, either by feeling self-conscious about the size of the genitals, or the existence of male genitals, in this house would have to make a differential diagnosis with transsexuality.

Negative self-verbalizations about the body that can lead to a profound disregard for physical appearance and, ultimately, a deficit of self-esteem. These irrational beliefs, such as that the defect is proof of the impossibility of being loved or appreciated, or even a sign of weakness or inadequacy in sexual relations.

Thus, there are patients who are aware of the excessive intensity, duration and frequency of an idea, for example thinking that the patient has an excessively small penis or that it is a very curved penis. It is true that some patients initially over-dimension a real fact, for example the existence of a micropenis, or a small penis, or also that there is the possibility of having a curved penis or suffer from Peyronie’s disease, but the way of facing an event and the constant observation of a fact turns the event into a serious problem for the male and the consequent obsession of it.

Thus, their exaggeration makes them unable to stop thinking about it [pathological concern]. In other patients, the concern has the character of an overvalued idea: it is entrenched in the subject, occupies a central place in his life and is emotionally charged. In other words, he becomes invalidating for the normal performance of his life.

Finally, the patients are absolutely convinced of the actual existence of the defect. In these cases, they are delirious ideas (delirious dysmorphia or somatic delirious disorder). In dramatic cases the patient can reach the auto-amputation of the limb or generate an over-correction of the penis injecting different substances such as oils, liquid silicones in order to increase the size of the limb.

There are no qualitative differences between delirious and non-delirious dysmorphic disorder in terms of associated psychopathology and response to treatment. The only distinctive aspect is the severity of the disorder most accentuated in the first case.

The disorder usually begins in adolescence, between the ages of 15 and 20, and has a chronic course . The request for therapeutic help usually takes between 10 and 15 years, with the particularity that the demand is more related to the psychopathological complications generated (depression, social isolation, etc.) than to the disorder itself. What makes it difficult to seek help early and explicitly is the guilt and embarrassment experienced by the content of their concerns. A family history of mental disorders is not uncommon. Specifically, depression, addictive behaviour, psychosis and obsessive-compulsive disorder are described among first-degree relatives.

There have been some attempts to make a differential diagnosis between normal and dysmorphic patients who resort to cosmetic surgery. The latter tend to go to more surgeons and be intervened for multiple problems. In particular, they are characterized by disproportionate stress and repeated worry and by the vagueness of the complaint and petition, as well as by irrational or magical expectations. They also present a history of previous operations and further deterioration in all areas of their lives, with emotional and personality problems (Birtchnell, 1988; Hollander and Aronov^ritz, 1999; Neziroglu and Yaryura-Tobias, 1997).

PSYCHOLOGICAL TREATMENT
Motivation for therapy: Patients with this disorder are often motivated to physically change their outward appearance. In this way, they frequently begin hair treatments, dermatological, surgical, weight reduction, etc., as a way to eliminate their defect. The problem, however, is not so much in the outward appearance as in the subjective experience of the body. In spite of this, patients are very reluctant to psychological treatment, because, not being aware of the real problem, the only alternative proposed is the modification of the external facade.
Therapeutic objectives: The priority goals of therapy are the following: the modification of negative self-verbalizations on the body; the change of irrational assumptions.

MEDICAL TREATMENT
In the event that the irrational obsession about a small penis size is based on the existence of a micropenis, it is essential to finally succeed, start with a cognitive-behavioral treatment of at least 2 sessions per week with support their environment before performing a medical treatment for penile elongation so that the patient gets an adjustment to reality and in this case, to the length of the penis that can actually be achieved and that once achieved will have to work on that psychological treatment with the demonstrable perception that the length of your penis has managed to place itself in the normalized average of males.

If there is a real curvature of the penis that is the origin of the dysmorphia, the same procedure would be performed, starting the psychological treatment first before correcting the penile curvature. Later, the patient would be remarked the visualization of his straightened penis in comparison with other men. The therapeutic procedures used are similar to those used in the cognitive-behavioral treatment of phobias and obsessive-compulsive disorder (Rosen, 1997; Raich, Mora, Marroquín, Pulido and Soler, 1997).

Ultimately, it is a matter of modifying habits that negatively interfere with daily functioning, of learning to tolerate one’s own appearance and of facing situations (looking in the mirror, relating to others, etc.) that are usually avoided (Rosen, 1997).

A first component of the therapy is the information provided to the patient about the different aspects related to the problem. This explains what the disorder is and what its characteristics are, as well as the difference between physical appearance and body image (the latter referring to a psychological construct).